Congressman eyes partnership with SEAFDEC/AQD to develop aquaculture in Masbate

Congressman Scott Davies Lanete of the third district of Masbate visited SEAFDEC/AQD in 15 March 2018 to explore a possible linkage towards developing aquaculture in Masbate.

Lanete said that as a coastal province, the common livelihood of the people in Masbate is related to aquafarming. “I want to improve the economic condition of the people and a science-based aquaculture technology will surely help,” he said.

Lanete was particularly interested in the culture of grouper and breeding of mud crab. “Wala kasing breeders sa amin, walang crablets (We do not have crab breeders and crablets in Masbate),” he said.  Other commodities of interest are sea bass, oyster, and abalone culture.

While Masbate is rich in natural resources, Lanete said that its potential is not fully maximized, thus his resolve to push for aquaculture development.

Amar explained that through the ICDSA program, local government units and fisherfolk organizations can collaborate with SEAFDEC/AQD to build capacities of target beneficiaries by providing appropriate knowledge and skills. 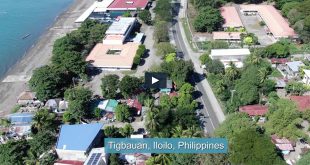 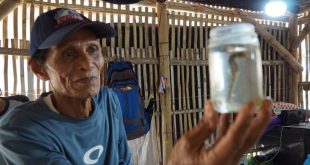