The embattled milkfish industry in the Philippines got a shot in the arm as the first rehabilitated hatchery in Western Visayas, which is expected to produce 5 to 10 million bangus fry every year, started its operations to address the persistent shortage of milkfish seeds in the country.

Located in the province of Aklan, the 1,787 square meter Batan Bangus Satellite Hatchery was launched in February this year under the National Fry Sufficiency Program of the Department of Agriculture’s Bureau of Fisheries and Aquatic Resources (DA-BFAR).

The hatchery used to produce shrimp fry in 1983 but outbreaks of diseases in shrimp during the 90s led the hatchery to cease its operations in 1995. Now, it is one of the central hubs that produce quality, locally-produced milkfish fry in Western Visayas.

To jumpstart the hatchery’s operations, 1.1 million pieces of milkfish larvae and 30 liters of rotifers—microscopic aquatic animals that serve as natural food—were donated and turned over by the Southeast Asian Fisheries Development Center Aquaculture Department (SEAFDEC/AQD) in February.

“The revival of the satellite hatchery in Batan is simply the beginning of many yet to come,” SEAFDEC/AQD Chief Dan Baliao stated in an interview.

Aside from the hatchery in the Municipality of Batan, another satellite hatchery located in the campus of the Northern Iloilo Polytechnic State College in Concepcion town is gearing up for its operations.

In southern Iloilo, SEAFDEC/AQD identified 12 hatcheries that were abandoned or are non-operational because of sickness or death of its owner, bankruptcy and lack of finances to continue operations.

Baliao reiterates that by rehabilitating these identified sites, the production of milkfish fry in the country would be maximized to meet the yearly Philippine demand of about 2.5 billion. To meet this massive requirement for fry, farmers have resorted to the importation of fry from neighboring countries.

About half of the 400,000 metric tons of milkfish consumed by Filipinos were sourced as fry from hatcheries in Indonesia and Taiwan before being imported for grow-out in the Philippines, according to industry sources.

“This collaborative undertaking with BFAR, SEAFDEC, and private partners is a step forward to answer the shortage of bangus fry and to curb our dependence on its importation,” stated Wilfredo D. De Los Santos, Chief of the Fisheries Production Support and Services Division, BFAR Region 6.

The hatchery technicians and staff of the Bangus Satellite Hatchery in Batan town harvested their first batch of milkfish fry last March 2021, which was then stocked in a nearby nursery pond.

As the focal person of the Bangus Sufficiency Program in the region, De Los Santos also further emphasized that the involvement of the agencies and key industry players is a “necessary investment” to achieve fry sufficiency in the country.

Since 2018, SEAFDEC/AQD has been working with BFAR-6 in identifying non-operational, abandoned, or damaged hatcheries to ramp up fry production in the province of Iloilo.

The identified facilities in the region were assessed based on the stability of the tanks, accessibility of the area, and ownership rights among other factors.

Once baseline information was established, cost estimates for the repair and improvement of these facilities were shouldered by SEAFDEC/AQD, BFAR, and the private sector. 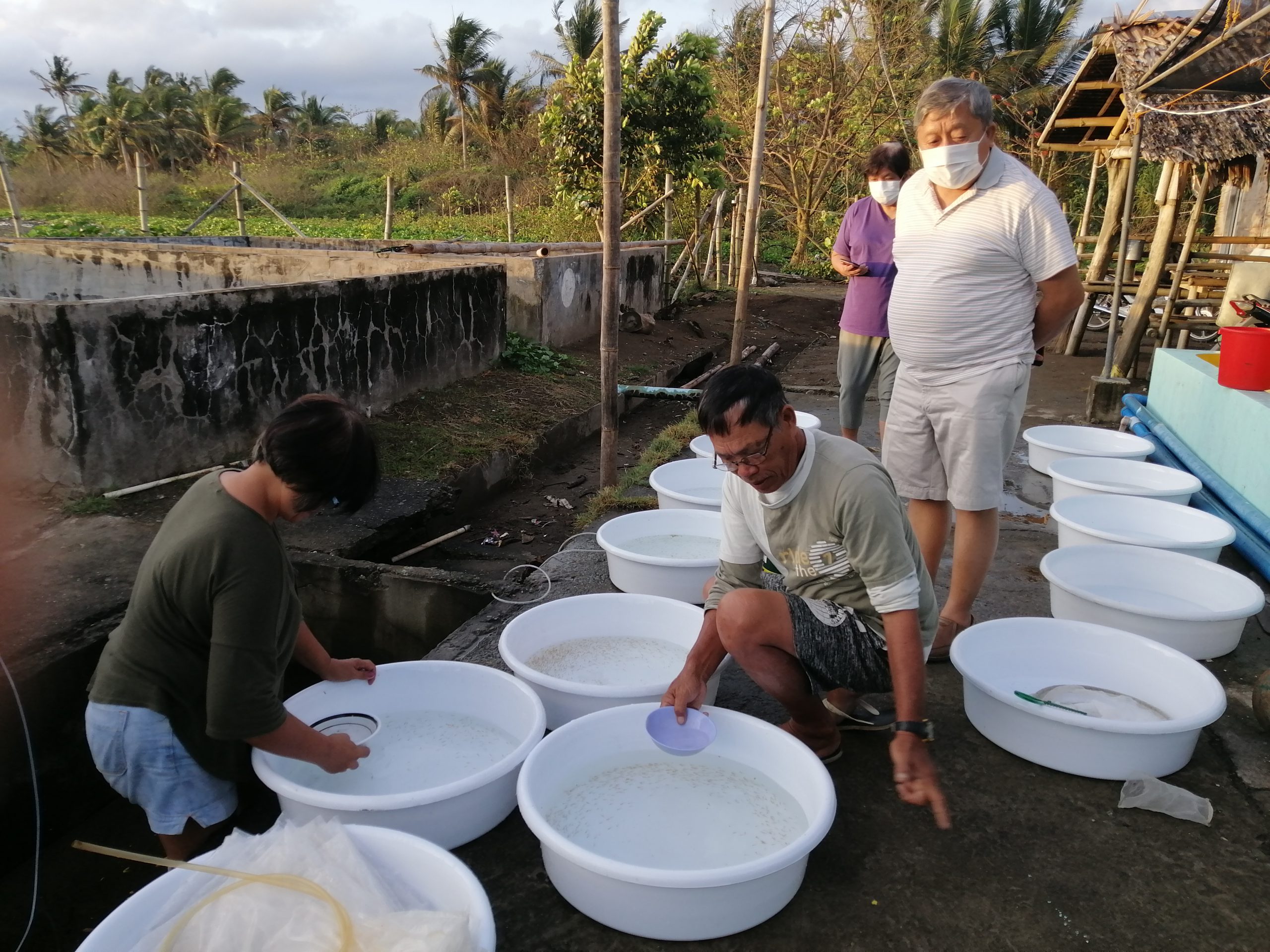 The research organization has also been involved in formulating the strategies to increase the spawning of milkfish breeders during the colder months of the year. By installing water heaters in a broodstock tank, SEAFDEC/AQD was able to help maintain hatchery productivity during off-season months and was able to provide a continuous supply of seed.

SEAFDEC/AQD also recently completed the construction of a new milkfish broodstock facility and a new milkfish hatchery, both set to be inaugurated and fully-armed for production soon.

Additionally, the research institute will be lending its expertise to those who are planning to put up hatcheries of their own, as the hatchery will also serve as a training and demonstration ground.

Through these partnerships and science-based innovations, Baliao stated that he has “high hopes” for the next steps they will take in the progress of this initiative. “We at SEAFDEC/AQD will continue to dedicate our expertise to the promotion of sustainable aquaculture technologies that would meet our constituents’ needs,” he stressed.

At the moment, SEAFDEC/AQD and DA-BFAR are also working on establishing other legislated hatcheries across the country.  Once constructed, each marine hatchery will be able to produce 25 million fry annually to provide for the seed requirements of local fish farmers in their own respective regions. /JR PAGADOR