Conservation urged to save native catfish

With its local population in danger of extinction, a renewed call for the conservation of a catfish species native to the Philippines was sounded in a recent virtual forum.

The bighead catfish (Clarias macrocephalus), one of two catfish species native to the Philippines, was once a popular meal and is found in lakes, ponds, and rice fields across the country. Based on studies and anecdotal reports, it is now found only in Cagayan, Quezon, Palawan, Agusan del Sur, and Liguasan Marsh.

The native catfish industry has been neglected in favor of the African catfish. “Most of our farmers are growing African catfish,” said Rosenio Pagador, an information specialist of the Southeast Asian Fisheries Development Center Aquaculture Department (SEAFDEC/AQD), based in Tigbauan, Iloilo.

The native catfish has been displaced by the imported African catfish (Clarias gariepinus), both in the natural environment and in farms, because the latter grows faster and to bigger sizes. Habitat destruction, pollution, and crossbreeding with imported species further contributed to its decline.

“Management strategies should be mobilized as soon as possible because the wild populations have low genetic diversity,” Pagador added, speaking during an online forum organized by the Department of Science and Technology earlier this month.

Pagador cited studies on the native catfish that already reported abnormalities in specimens, both from Cagayan and Agusan del Sur, suggesting inbreeding of local populations that can further weaken their resistance to diseases.

In 2011, the International Union for Conservation of Nature (IUCN) assessed the native catfish to be near threatened with the population declining internationally.

Pagador appealed to the government sector, particularly the Bureau of Fisheries and Aquatic Resources and local government units in areas where native catfish are found, to protect and rehabilitate the remaining habitats and to educate surrounding communities regarding the status of the species.

He further called for the issuance of laws to enforce the protection of the native catfish, research institutions to plan and conduct sustainable breeding programs, and the private sector to farm the native species.

Dr. Frolan Aya, a scientist based in SEAFDEC/AQD’s Binangonan Freshwater Station (BFS) in Rizal, commented that more stock assessment studies on the species are also needed to better understand the status of their population in the wild.

From 1988 to 2001, in response to an already declining abundance, SEAFDEC/AQD conducted research to establish the breeding, nutrition, health, and culture of the native catfish. Scientific publications were also simplified to publish two farmer-friendly manuals and training courses have been done annually at BFS since 1995.

However, Pagador says the sourcing of breeders has become increasingly difficult over the years and native catfish farming failed to take off due to the lack of fingerlings and the preference for the African catfish.

With a fresh resolve to save the native catfish, Dr. Aya’s team was able to recently acquire new stocks of native catfish from Quezon which they intend to breed at BFS to produce fingerlings. SEAFDEC/AQD is also nearing the completion of a new multispecies hatchery in Tigbauan, Iloilo that will undertake the production of the catfish along with other freshwater species.

“Let us save our native catfish by conservation, management, breeding, and culture before it is too late. We must act immediately, and the future is now,” said Pagador as he encouraged the participants in the virtual forum to conserve the species. /RD DIANALA

catfish conservation 2020-08-28
Rex Delsar B. Dianala
Share
Previous From pollution to profit: Over P3-M of shrimp harvested from a hectare
Next Seahorses get second life with SEAFDEC and NegOc islanders’ help 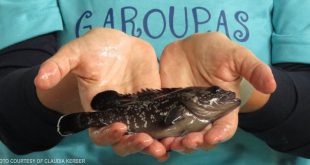 Hope for the groupers 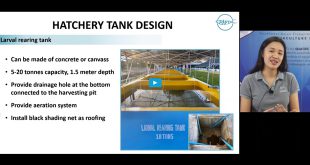