AFFORDABLE and sustainable feed ingredients for fish farmers are in the works as researchers continue to develop fish diet formulations using discarded agricultural wastes and byproducts.

Dr. Frolan Aya, a scientist at the Southeast Asian Fisheries Development Center Aquaculture Department (SEAFDEC/AQD), and his colleagues examined agricultural wastes and byproducts for potential inclusion in diets formulated for omnivorous fish such as Nile tilapia (Oreochromis niloticus) in their study, “Potential use of agricultural wastes in aquafeed production.”

While these agri-wastes have found some use as organic fertilizer and feed for livestock and poultry, the sheer volume of these energy-rich throwaways leaves some incentive to use them as ingredients in fish feed.

In aquaculture, formulated feeds account for the single largest expense, responsible for upwards of 50 percent the production cost.  Commercial feeds are particularly expensive because of their use of fish meals and oils which are often imported. The use of these ingredients in the diets of farmed fish is also widely regarded as an unsustainable practice.

Dr. Aya said that the use of local and readily available alternative ingredients in fish feed is necessary to make aquaculture sustainable.

Among agricultural wastes that Dr. Aya and his team analyzed, mango peel was particularly noted as a potential ingredient in fish diets because of the presence of carotenoids as well as vitamins C and E.

“Since the presence of carotenoids has an important contribution on fish reproduction, we tested this ensiled [preserved and fermented] mango peel for Nile tilapia broodstock diets at two inclusion levels—25 percent and 50 percent—to examine the effects on growth and fry production for both tank and lake-based cages for 12 months,” discussed Dr. Aya.

While fry production in both tank and cage trials was not significantly different in all treatment groups, Dr. Aya said that more fry was produced by tilapia fed with the diet that incorporated more of the ensiled mango peel.

On the other hand, soybean curd residues or okara meal, a byproduct of soymilk processing, is also currently being studied as a protein source that could potentially replace fishmeal.

“We also collect soybean curd residues, ferment them with probiotics and yeast, and incorporate this fermented okara meal in tilapia feeds. We are further testing the effect of feeding fermented okara meal on the growth performance and feed utilization of Nile tilapia fingerlings reared in cages and tanks,” remarked Dr. Aya.

As part of an ongoing 5-year study funded by the Government of Japan Trust Fund, Dr. Aya revealed that there are also plans to explore and evaluate other alternative feed ingredients in diets for giant freshwater prawn and tropical anguillid eels.

Furthermore, he also emphasized the importance of the promotion of these alternative feeds among small-scale fish farmers as well as collaboration with other government agencies and research institutions.

“Our small-scale farmers cannot afford to buy commercial feeds and they are constantly looking for ways to reduce their production cost. Use of alternative feed sources is therefore necessary and of great interest to the aquaculture industry,” stressed Dr. Aya. /JR PAGADOR 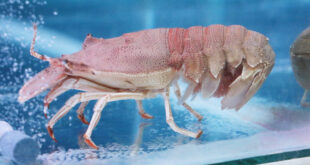 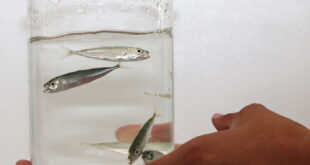