OTHER than streamlining its Research and Development programs, the new chief of the Aquaculture Department (AQD) of the Southeast Asian Fisheries Development Center (SEAFDEC) in Tigbauan, Iloilo is eyeing to revive the tiger prawn (Penaeus monodon) industry.

The prawn sector is a multi-million dollar industry in the Philippines with exports mainly to Japan.

AQD chief Dan Baliao said reviving the prawn industry will help growers recoup investments when the industry slumped in 1990s due to the dreaded luminous bacteria, a problem the SEAFDEC/AQD is prioritizing.

Prawn industry was touted as a sunshine industry in the 80s and made millions of profits for prawn growers.

AQD was the first to complete the life cycle of tiger shrimp in captivity in 1975. In 1977, spawners were produced from wild-caught broodstock held in marine pens.  The fry then were mass-produced in small-scale barangay hatcheries.

It was in 1978 when AQD started training would be aquaculture technicians for both prawn hatchery and grow-out. Hatchery-reared fry was first stocked in ponds in 1979.

The technology transfer to private sector paved the way to a very lucrative prawn business that even the old rich sugarcane growers in Negros had to convert their sugarcane areas into intensive prawn ponds.  Even prawn hatchery operators mushroomed along the coastal areas in Iloilo.

Along that time, prawn industry encountered several problems like soft shell syndrome in 1986. This was controlled by a cost effective diet that AQD formulated in 1990.

In 2001, AQD developed the protocol and standard for WSSV (white spot syndrome virus) diagnostics, and it is currently the reference laboratory.

Addressing the deleterious luminous bacteria that devastated shrimp grow-out culture in the 90s was no easy. Several approaches were tried to minimize if not at all eradicate the bacteria.

Among the approaches was the greenwater system using beneficial organisms that produce metabolites with inhibitory effects on the luminous bacteria.

The other approach was stocking prawn with fish biomanipulators. Skin mucus from fish has also these metabolites and are thus bactericidal.

A more integrated disease manual was published in 2000, as well as a textbook on fish health management in 2001.

The so called environment-friendly schemes in tiger shrimp culture was also tried in different climatic conditions in the country and selected countries in Southeast Asia like Myanmar, Malaysia, Cambodia and Vietnam.

In order to enhance technology transfer activities for food security, Baliao will strengthen the relationship of SEAFDEC/AQD with the Department of Agriculture and the Bureau of Fisheries and Aquatic Resources (DA-BFAR).

Baliao said he believes that the strong collaborative efforts of the two aquaculture stalwarts will pave the way to the resurgence of the prawn industry under the banner “Oplan Balik Sugpo”. 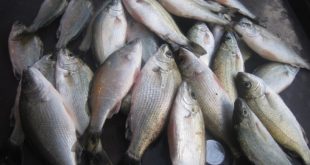 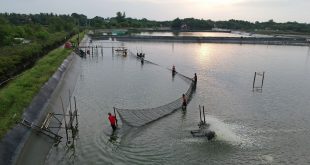 Support is mounting for the revival of tiger shrimp farming in the Philippines as another 4.4 tons of the prized seafood were recently harvested in Dumangas, Iloilo.