Philippine President Benigno Aquino III has conferred on Dr. Gavino Trono Jr the title of national scientist on 13 March 2014 through Proclamation No. 737.

Dr. Trono was AQD’s seaweed consultant from 1991 to 1992. He co-authored a paper entitled New record of a marine macrobenthic algae of Panay and Guimaras Islands with AQD’s Dr. Anicia Hurtado-Ponce, Dr. Nicolas Guanzon Jr and Ms. Ma. Rovilla Luhan that was published in the Philippine Journal of Science (volume 121, issue 4) in 1992.

Dr. Trono earned his PhD in Marine Botany from the University of Hawaii through an East West Center study grant.  He authored the two-volume book Field Guide and Atlas of the Seaweed Resources of the Philippines which is considered by the National Academy for Science & Technology (NAST) as the most authoritative book on seaweed flora and resources of the country today. Colleagues also consider him the “father of Kappaphycus farming.” He is currently the technical consultant for FAO (Food and Agricultural Organization) seaweed culture R&D.

The selection process for a national scientist begins with NAST, an academy composed of outstanding Filipino scientists, which recommends ten candidates to the Philippine President. A scientist is defined by law as “an individual who has earned a doctoral degree in any field of the sciences” and “has demonstrated and earned distinction in independent research or significant innovative achievement in the basic and applied sciences, including agricultural, engineering, and medical sciences, in mathematics and in the social sciences as manifested by published works in recognized scientific and technical journals.” Aside from the title, a national scientist is to be given financial gratuity, monthly life pension, medical & hospitalization benefits, and a place of honor at national state functions.

Since 1978, the country has 32 national scientists, including newly conferred Dr. Raul Fabella (an economist) and Fr. Bienvenido Nebres (a mathematician). 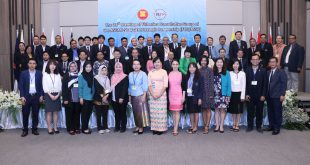